This might just be some kind of guerrilla marketing for a doorbell camera, but I have to say I like their style.

Two years in a row, 60 CRT TVs in one night? Old school lives.

Gloucestershire Live shares shocking footage of a paranormal show-and-tell gone wrong, when one woman fell ill after the reveal of a haunted painting.

The painting is titled “Sinister,” recovered from a place called Revesby Abbey, and presented by the Haunted Objects Museum. At about 4:30 in the video, a woman complains that the painting has caused her to experience a terrible headache, and then (off camera) passes out.

According to GLive, she later underwent “spiritual cleansing with tuning forks” with the help of a nearby medium.

“Unbelievable, that old Biff could have chosen that particular date. It could mean that that point in time inherently contains some sort of cosmic significance. Almost as if it were the temporal junction point for the entire space-time continuum. On the other hand, it could just be an amazing coincidence.”

– Doc Brown, Back to the Future Part II

“In the religion and cultural lore of Southwestern tribes, there are witches known as skinwalkers who can alter their shapes at will to assume the characteristics of certain animals…In the American Southwest, the Navajo, Hopi, Utes, and other tribes each have their own version of the skinwalker story…

…a malevolent witch capable of transforming itself into a wolf, coyote, bear, bird, or any other animal.”

– Skinwalkers – What Are They?, Colm Kelleher and George Knapp 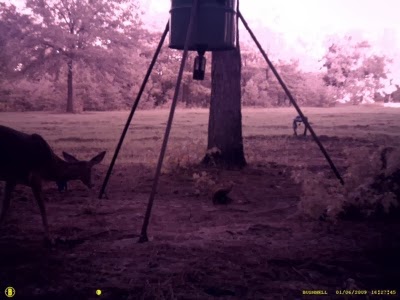 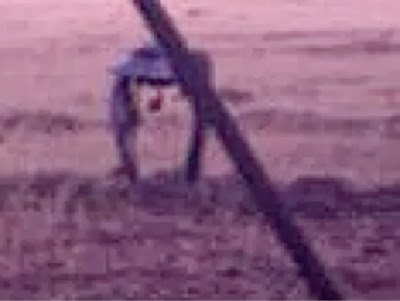 Image courtesy MUFON. A robot-like object captured on a trail cam in Texas, with a report filed on January 6, 2014. (Although I can’t seem to find the actual database entry…hmm…)

Video uploaded on February 6, 2014. A 44-second clip on YouTube allegedly showcases a “werewolf” or skinwalker in the town of São Gonçalo de Campos. This reportedly follows a number of horrifying sightings in the area.

“It’s no wonder that truth is stranger than fiction. Fiction has to make sense.”